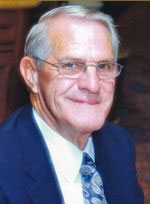 He served honorably in the United States Air Force and came to Artesia in 1953.
On Aug. 6, 1955 he was married to Helen B. Howell in Artesia.

He was a serviceman for Southwestern Public Service for 37 years. He was a member and Elder of First Presbyterian Church, and loved cooking breakfast for the Presbyterian men. He was a member of the Masonic Lodge and served as president of the 40th Bomb Squadron Reunion. He enjoyed working in his shop and shooting with sons and grandsons.

Gene was preceded in death by one brother, three sisters, and one grandson.