The 579th SMS was based at Walker Air Force Base in Roswell, New Mexico from 1962 thru 1965. There were 12 sites built in a ring around Roswell. These sites were manned 24 hours a day, 365 days a year during the time the Squadron was active. During the Cuban Missile Crisis, all operational 579th sites were at a high level of alert and were ready to launch the Atlas missile should it have become necessary. The squadron was armed with the SM-65 weapon system, more commonly know as the Atlas. The 579th was an Atlas F unit which meant the missile was housed in a “silo launcher” style complex. The missile was kept in a vertical position at all times. In order to launch, two 75-ton overhead doors were opened and the “bird” was lifted out of the silo. The Atlas ICBM required RP1 and Liquid Oxygen for powering the rocket engines. The RP1 fuel was kept on board the missile at all times during alert. Before the missile was lifted to the launch position, it was filled with the Liquid Oxygen fuel. Internal pressure was maintained by a “head” of gaseous Nitrogen. 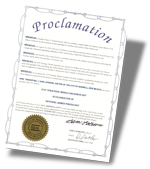 After the missile was “up and locked”, if there was a “hold” of any sort, which could not be very long, the launch crew had the ability to “top off” the Liquid Oxygen before the “Missile Away” command was given. This is one reason that the response time of the Atlas F system was quicker than that of the Atlas D and E systems. The Atlas F used a General Electric Mark IV re-entry vehicle which carried a type W-38 warhead with a nuclear yield of approximately 4 megatons of TNT. The Atlas had a range of about 6,000 miles. Developed by General Dynamics, the Atlas weapons system became a national priority during which no expense was spared in the development, testing and implementation of this first generation ICBM system. The Atlas rocket was also used by NASA during the early days of manned space travel and was the booster used to put John Glenn into Earth orbit.