You are here: Home / Take Me Home: A Musical Tribute to Roswell Native John Denver

ONLINE TICKET SALES HAVE CLOSED.  TICKETS ARE AVAILABLE AT THE DOOR.

The music of the late John Denver is like an old friend, outlasting trends and standing the test of time.  Join acclaimed performer Jim Curry for this tribute to the music of one of the most beloved singer/songwriters ever to grace the stage.

Tribute artist Jim Curry, whose voice was heard in the CBS-TV movie Take Me Home: The John Denver Story, has performed Denver’s music in sold out shows throughout the country and has emerged as today’s top performer of Denver’s vast legacy of multi-platinum hits.

Jim will be performing at Pueblo Auditorium on September 17, 2016 at 3 p.m.  Jim’s uncanny ability to mirror John’s voice and clean-cut look takes you back to the time when “Rocky Mountain High” “Sunshine” “Calypso” and “Annie’s Song” topped the charts, and his popular music had the heartfelt message of caring for the earth and caring for each other. 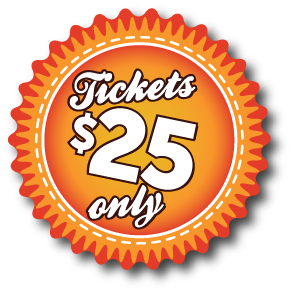 John Denver, musician and actor, was born on December 31, 1943 in Roswell, New Mexico. Denver is remembered for the music he created, and for helping people begin thinking of the West as a pristine unspoiled wilderness rather than an area where cowboys, miners, and homesteaders earned their living.

Born Henry John Deutschendorf, Jr., Denver was the son of an Air Force officer who moved his family repeatedly during Denver’s youth. After studying architecture at Texas Tech, Denver moved to Los Angeles in 1965 with dreams of becoming a successful folk singer. He gradually built up a reputation as a gifted songwriter and played in the Chad Mitchell Trio before embarking on a solo career in 1969.

Denver’s breakthrough as a singer-songwriter came with the 1971 hit, “Take Me Home, Country Roads,” which reached number three on the U.S. pop charts. Softening the often hard-edged rural working class themes of traditional folk music, Denver created a style that celebrated the natural world as a source of beauty and spiritual wisdom rather than a place where one farmed, mined, or cut timber. In tune with a larger national trend, Denver’s music suggested that the West was the heartland of environmental values. Denver even took his stage name from the capitol of Colorado, a state celebrated for its “New West” spirit, and built a home in the then-quaint Colorado ski town of Aspen, Colorado.

Denver’s evocation of a new environmental and spiritual understanding of the West reached its peak with his 1972 album, Rocky Mountain High; the title song of the album celebrated the mind-expanding power and spirituality of the Rockies. Denver also became active in environmental politics, and several environmental groups recognized his efforts to preserve wilderness areas in the Rocky Mountains. Although his singing career cooled in the less spiritually oriented decades that followed, Denver continued to work for environmental causes and participated in a 1995 Wildlife Concert to support efforts to protect species and habitats around the world.

Denver had a passionate interest in flying, and piloted planes of all types and sizes throughout his life. While flying an experimental aircraft over Monterey Bay in October 1997, Denver lost control of the plane and crashed into the ocean, dying instantly. He was 53 years old.
(Story courtesy of the History Channel)